Arbuscular mycorrhizas (AM) are generally beneficial associations (symbioses) between plant roots and specialised soil fungi. The chances are that all the AM fungi in any particular soil will be able to colonise all the plants that are grown there. Only a few plants do not form AM symbioses. These include canola and other brassicas (cabbage family), lupins (all other crop and pasture legumes are AM), beet and spinach, otherwise virtually all crop species form these associations. High AM colonisation is an important indication of good soil health, although this is not always recognised.

The symbiosis is based on exchange of nutrients: the fungus increases the ability of host roots to take up nutrients while the plant provides the fungus with sugars. Importantly, AM fungi grow in the soil as well as inside roots and their fine threads (hyphae) extend and branch in soil pores (figure 1), increasing the amount of soil from which the host plants can extract nutrients. These threads also act to spread the symbiosis from plant to plant and to stabilise soil structure.


Benefits of the AM symbiosis

Experiments have shown variation in nutrient uptake, growth or yield benefits that plants get from AM symbioses. This has resulted in mixed views on the importance of AM in Australian cropping systems. The size of response to AM depends on the plant species, as well as on soil nutrient availability and fertiliser applications. Species that show large benefits may have poorly developed root systems and short root hairs and some cannot grow properly unless they are AM. These plants receive ‘extra P’ from their fungal partners, so that management to increase populations of AM fungi will be worthwhile and may result in fertiliser savings. 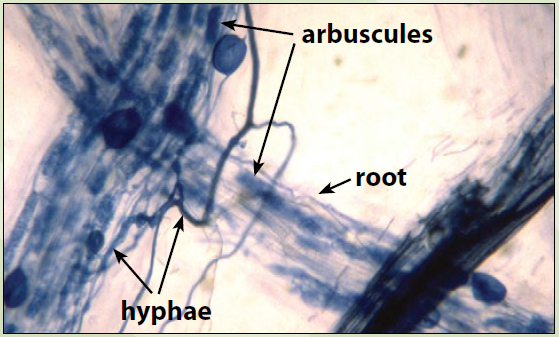 
Plants such as cereals with very extensive root systems and long root hairs, have high natural ability to take up nutrients and it used to be believed that the AM fungi were not delivering any benefits. However, new work on soils from South Australia has shown that even when wheat or barley show little or no growth or yield benefit, the AM fungi can be delivering a large proportion of the plant P (figure 2). This means that a subtle dialogue between plant and fungal partners determines how they share the nutrient uptake tasks (Smith and Smith 2010). 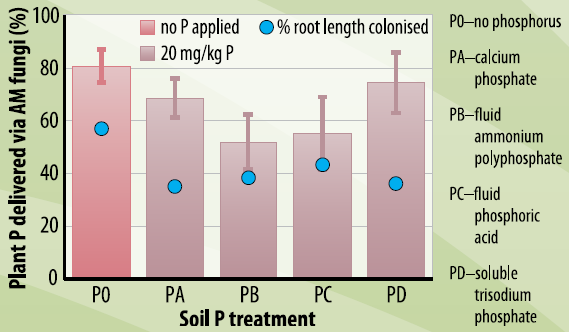 Figure 2: The proportion of P delivered to wheat plants via AM fungi was not significantly affected by adding P (20 mg/kg soil) to soil from Cungena, Eyre Peninsula, SA (Li et al. 2006). Funding from SAGIT.


AM fungal survival and management

AM fungi are completely dependent on plants for sugars and thus cannot grow unless they can colonise plant roots. Between crops they survive in the soil as spores (figure 3), fine threads (hyphae) in soil and inside dead root fragments, which act as infective units when new plants grow. The infective units survive well in soil that is dry, even at fairly high Australian temperatures but also in cold Canadian soils. When the soil is rewetted, as at the break of season, the infective units germinate and search for new plant roots to colonise and obtain sugars. 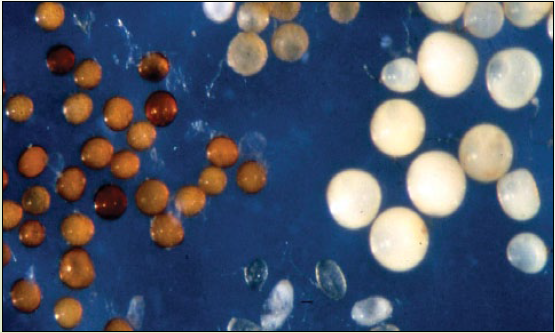 Figure 3: Spores of AM fungi extracted from soil. The largest are the size of a pinhead.


If plants that form AM symbioses also germinate, the AM fungi will colonise the roots, providing their plant partners with nutrients and building up these beneficial fungal populations for the next cycle. If plants are absent or are not capable of forming mycorrhizas, fungal populations will decline and thus not benefit the next potential host crop (figure 4). This knowledge forms the basis of practices that can improve AM fungal populations. 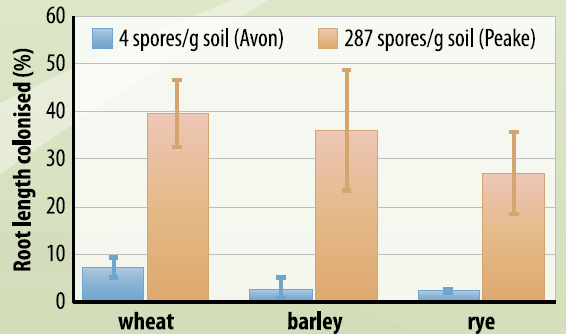 Figure 4: AM fungal spore density in soil had a marked effect on development of AM colonisation in cereals (results of John Baon).


Avoid bare fallow when soil is moist. Many crops (e.g. cotton, maize, pigeonpea, sunflower) that showed poor growth and inadequate P or Zn uptake after long bare fallow in Queensland, were not adequately colonised by AM fungi. The same problem is likely to occur following growth of non-mycorrhizal crops (cabbage, canola, lupin). Rotational crops and pastures which form AM symbioses will maintain soil infectivity (Seymour 2009). Some weeds may assist in maintaining viable fungal populations during fallow periods.

Minimum tillage is of benefit to mycorrhizal populations and to the function of the symbiosis because it minimises damage to the fine fungal threads that otherwise form a bridge between plants.

Growers might ask whether applying AM fungal inoculum is economically feasible, but commercial availability in Australia is currently limited. Quality assurance procedures need to ensure that pathogens are not present in the AM inocula, and that inoculation will result in high colonisation of crops. Small-scale testing with potential crop hosts in different soil types is recommended before large investment is made and it is best to seek expert advice and know the AM fungal density in your farm soils before inoculum is applied – only where AM fungi are in small numbers would benefit from inoculation be expected.

Smith SE and Smith FA (2010) ‘The role of arbuscular mycorrhizal fungi (AMF) in crop phosphorus nutrition: a need for