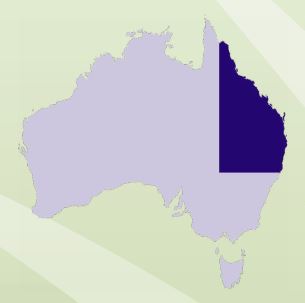 There are a wide range of biological inputs on the market including inocula, various biostimulants, composts, manures and biochar. It can be difficult to evaluate their potential effectiveness and return on investment for broadacre grain production for a number of reasons.

First, the properties of biological inputs are highly variable, even within a single type of input. This makes it difficult to evaluate whether one particular product is likely to be effective. Second, few previous scientific studies have been field experiments in broadacre grain cropping. Instead many were laboratory or glasshouse experiments with horticultural crops and farming systems. Finally, many of the mechanisms claimed by manufacturers have not been assessed by scientific investigations yet.


Table 1: The potential of different types of biological inputs to overcome particular yield constraints based on the findings of previous scientific investigations. (Black ticks indicate one or more studies observed the effect. Grey ticks indicate that the effect is widely claimed.) 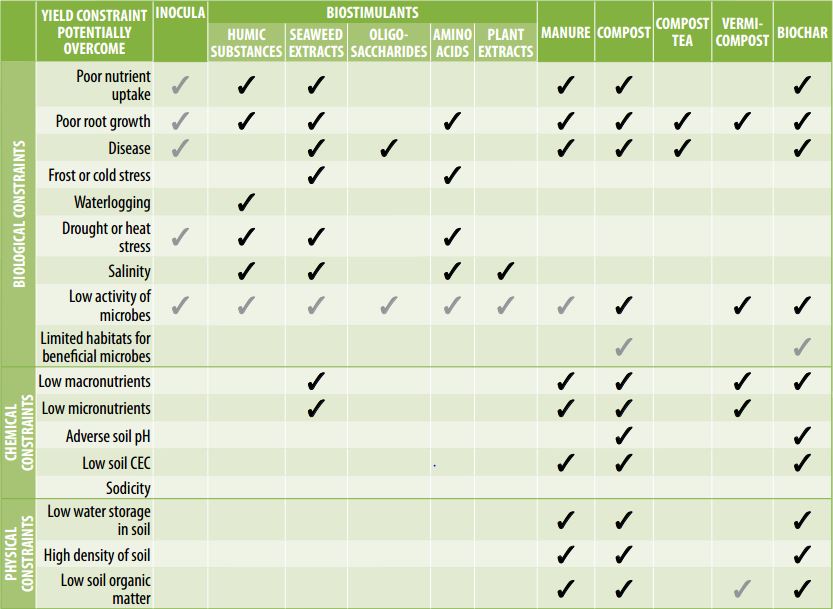 The northern grain-growing region has generally high soil fertility, although there is increasing evidence that this has been run down over time.

For example, vertisols, which occur throughout north-west NSW and southern Queensland, are generally well-structured and fertile and have pH close to neutral. On these soils, yield is not constrained by surface soil properties, but by subsoil constraints. These include low permeability, shallow rooting depths, sodicity, salinity and toxic concentrations of some elements.

In the northern region both summer and winter crops are important for profit. The region has relatively high seasonal rainfall and production variability compared with the western and southern regions. It experiences summer dominant rainfall and grain yield is significantly dependent on conserving soil water from summer rain.

When yield is limited by poor nutrient use efficiency, crop growth or yield may be improved by applying manure, compost, biochar, humic substances or seaweed extracts. All of these biological inputs have been associated with greater plant uptake of nutrients.

If low water movement through saturated soil is associated with waterlogging, applying humic substances may help alleviate this constraint. Humic substances have been shown to increase the tolerance of plants to excessive water in their rhizosphere. However, the mechanism for this effect remains unclear.

When the high density of a soil constrains yield, applying manure, compost, vermicompost or biochar may increase crop growth and yield. Because these biological inputs are largely composed of organic matter they can increase soil aggregation and pore space in soil, both of which can decrease soil compaction and the bulk density of soil. However, if yield is being constrained by subsoil compaction, manure, compost or biochar are unlikely to alleviate this constraint unless they are applied below the soil surface or incorporated into soil.