Figure 1: Patches of yellowed, stunted growth in a wheat crop due to CCN infection. 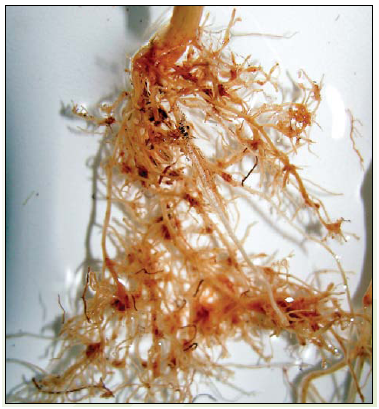 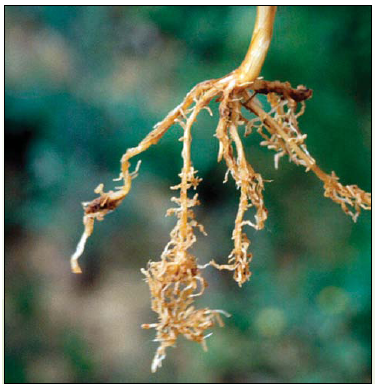 
White cysts are visible on the knots around the time of head emergence (figure 4). 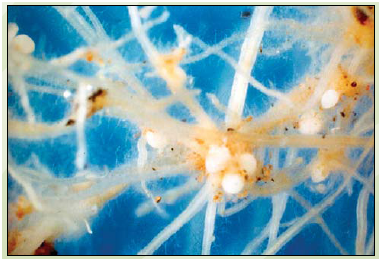 Figure 4: Characteristic white cysts (about the size of a pin head) are visible on the knots around the time of head emergence. (Photo: John Fisher) 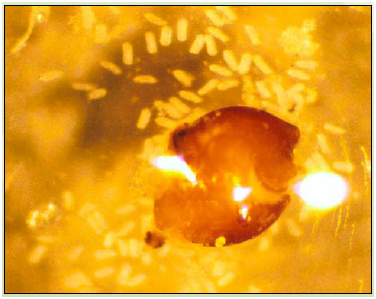 
Cereal cyst nematodes have only one generation per year. The juveniles hatch in response to low temperatures and autumn rains. Hatching is delayed by late breaks and this increases the risk of crop damage. Cysts are particularly hardy and remain in the soil over summer. CCN populations in soil are not affected by summer rain.

Cereal cyst nematode multiplies on susceptible cereals and wild oats and is best controlled by rotation with non-host crops, for example, oilseeds and pulses, and use of resistant cereal varieties. Only 50–80 % of the nematode eggs hatch in the following season, so a 2-year break is needed to reduce high populations to non-damaging levels. It is important to control susceptible cereals and wild oats in break crops, fallows and pastures.

To reduce yield losses when CCN populations have reached damaging levels and cereals have to be sown, consider using tolerant varieties/crops, sow early and provide adequate nutrition. Make sure the variety is also resistant to prevent CCN increasing further—see current crop disease variety guides. Sowing between the rows of the last crop also helps to reduce the risk of infection.

CCN populations can be assessed during summer/autumn through the PreDicta B soil test service.