Single measurements of microbial biomass can be difficult to interpret, but trends over time are a relatively simple way of assessing the effect of management on soil microorganisms.

Increases in microbial biomass over time are considered beneficial. They may indicate an increase in beneficial biological functions in soil and a future increase in organic carbon content in soil. In contrast, a decline over time is considered to have a negative effect on soil quality.

The best time to sample microbial biomass is during the dry summer months when soil is collected for chemical analysis by commercial laboratories. Microbial biomass varies greatly during the year, however during summer, it is more stable because both organic carbon inputs and soil water are low (see Microbial Biomass fact sheet).

Figure 1: How soil type, climate and management influence the potential, attainable and actual microbial biomass for a given soil. Based on concepts in Ingram and Fernandes (2001).

The attainable microbial biomass is the maximum level that can be expected in a soil under a particular land use. It is mostly determined by the climate because climate influences soil water content and inputs of organic carbon to soil (figure 1). Low soil water content and low inputs of organic carbon are the two factors that most limit microbial biomass in Australian soils. 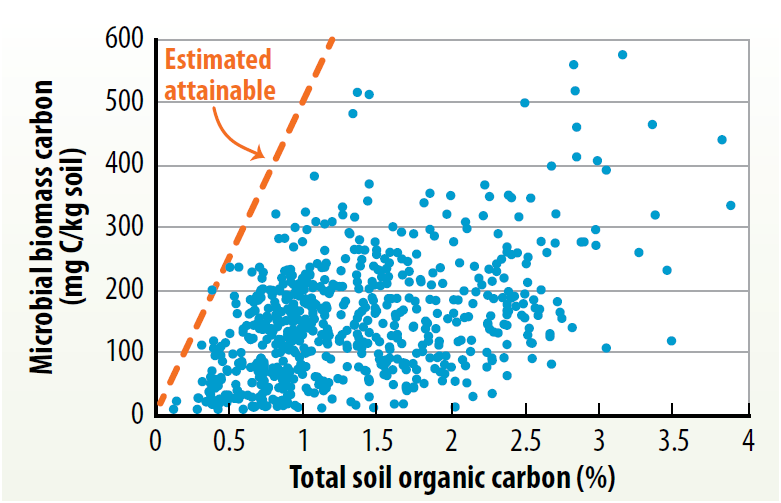 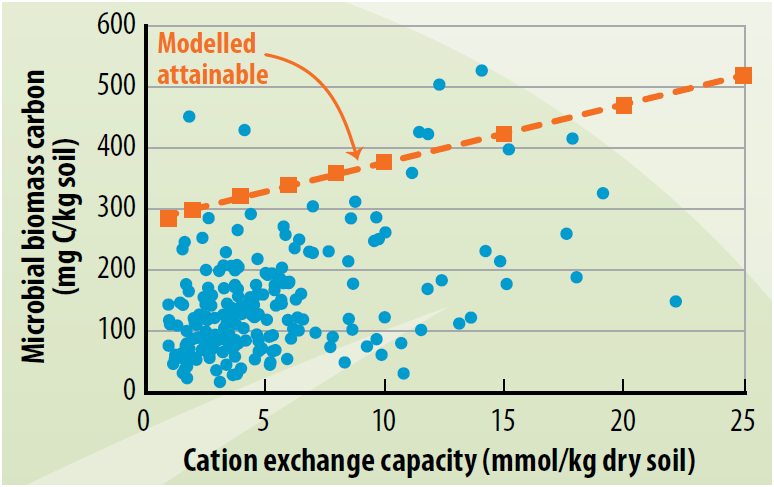 
The National Soil Quality Monitoring Program is being funded by the Grains Research and Development Corporation, as part of the second Soil Biology Initiative.