In soil the microbial biomass is usually ‘starved’ because soil is too dry or doesn’t have enough organic C. The amount of labile organic C is of particular importance as this provides a readily available carbon energy source for microbial decomposition (see ‘Labile Organic Carbon’ fact sheet). Soils with more labile C tend to have a higher microbial biomass. Fresh plant residues and soluble compounds released into the soil by roots (root exudates) are important sources of energy © for the microbial biomass.

The microbial biomass is affected by factors that change soil water, temperature or carbon content, and include soil type, climate and management practices. Rainfall is usually the limiting factor for microbial biomass in southern Australia (figure 2).

Figure 2: Microbial biomass carbon over a year from a soil near Meckering, Western Australia.

Figure 3: The main soil properties affecting the microbial biomass and factors influenced by it. 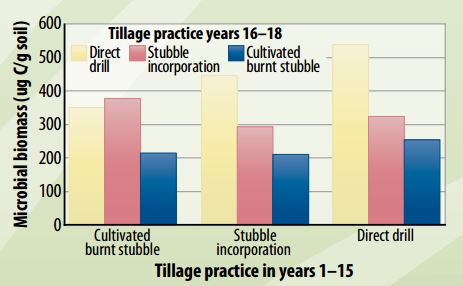 Figure 5: Rapid changes occur to microbial biomass in topsoil (0–5 cm) after tillage practice is changed for 3 years, in a trial at Cowra, NSW. (Pankhurst et al., 2002).


Direct drilling can provide more efficient use of residues by microbial activity in 0–5cm layer compared with other tillage treatments as shown in figure 6. Stubble incorporation relocates residues deeper into soil, but the lack of aeration may limit decomposition and therefore microbial activity and microbial biomass carbon. 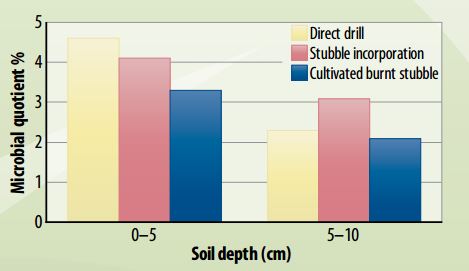 Figure 6: Microbial quotient is the ratio of microbial biomass to soil organic carbon and indicates how efficiently soil organic matter is being used by microorganisms (Pankhurst et al., 2002).