One way to optimise plant uptake of nutrient reserves in soil is to maximise root abundance and rooting depth. This means that crop roots can explore more soil and ensures they can follow nutrients and water down the profile. This is especially important for leachable nutrients such as nitrogen and sulfur and nutrients with significant reserves in the subsoil. Root abundance and rooting depth can be increased by maintaining optimum soil pH and minimising soil compaction and plant root diseases.

Nutrient availability is optimised in soils with topsoil pH levels in the optimum range pH 6.0 – 7.5 (CaCl2). Maintaining pH above 5.2 in the subsurface will prevent aluminium toxicity which restricts root growth down the soil profile (figure 1). 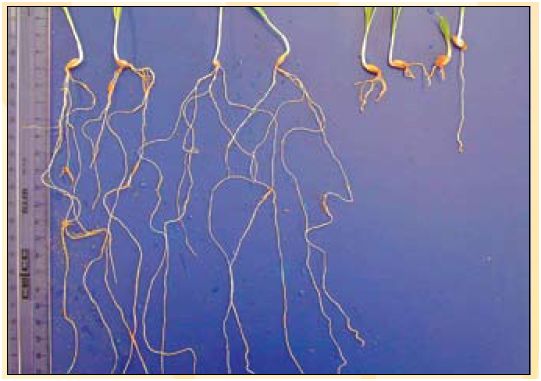 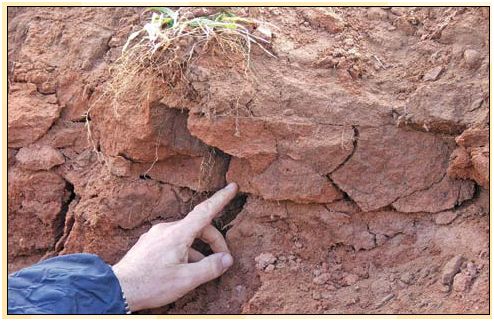 Figure 2: A distinct compacted layer in a sandy loam, note fractures in hard pan through which roots preferentially grow.


Avoiding traffic on the site when soils are moist or wet, restricting traffic to defined wheel tracks (controlled traffic farming) and/or minimising the number of tillage operations are all strategies that can be used to reduce or avoid subsoil compaction (see Subsurface Compaction and Controlled Traffic Farming fact sheets).

The use of break crops to prevent the build up of disease/ pathogens (figure 3), growing tolerant crops to maximise yield when nematodes or diseases are present, and practicing good farm hygiene are some of the most effective strategies to manage plant root pathogens and diseases (see Root Lesion Nematode—Queensland and Crown Rot—Queensland factsheets). 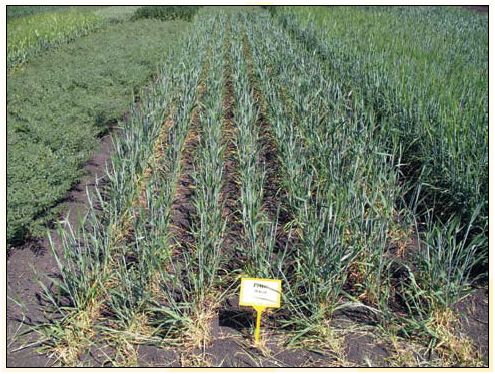 Figure 3: Intolerant wheat variety showing symptoms of root leision nematode infection. There are no obvious symptoms in the chickpea and faba bean break crops on either side of the wheat (Photo by Kirsty Owen, DEEDI.)

Nitrogen fertilisers are a significant expense for broadacre farmers so optimising use of fertiliser inputs can reduce this cost. There are three main stores of nitrogen within the soil with the potential to supply nitrogen to crops: nitrogen in soil organic matter, nitrogen in plant residues and mineral nitrogen (ammonium and nitrate) present in the soil. To optimise plants’ ability to use soil nitrogen, growers should first be aware of how much of each source there is. The best method of measuring these nitrogen sources is soil testing. These results can then be used to determine fertiliser rates with models such as WhopperCropper and ‘The Nitrogen Books’ (see Nitrogen—Queensland factsheet).

The decomposition of plant residues, and particularly legume residues, can supply significant amounts of nitrogen to cereal crops. Generally the amount of nitrogen fixed by legume crops is proportional to the amount of vegetative growth and the amount of grain removed (i.e. the harvest index). In loam or clay soils, legumes in rotation will have slightly higher levels of available nitrogen due to less leaching than in sand soils. An example of the amount of nitrogen in the soil following different types of legume rotations at a southeast Queensland trial site can be seen in Table 1.

Estimating cereal requirements for nitrogen (and other nutrients) requires an effective method of estimating yield potential. For every 1 tonne of grain, a cereal crop requires 45 kg N. Currently there are a number of methods of estimating yield including the online Wheat Yield Potential Calculator based on the French Schultz equation (French and Schultz, 1984) and the Yield Prophet model by CSIRO/Birchip Cropping Group.

French RJ and Schultz JE (1984) Water use efficiency of wheat in a Mediterranean-type environment. The relationship between yield, water use and climate. Australian Journal of Agricultural Research 35: 743-764.