Sustainable management of soil, in particular organic carbon, is essential for the continued viability of Australian agriculture. Increasing the organic carbon retained in soil (also known as sequestration) improves soil quality and can also help to reduce atmospheric carbon dioxide. The Soil Carbon Research Program (2009–2012) identified land uses and management practices that growers can use to increase soil organic carbon storage and improve production in a changing climate. 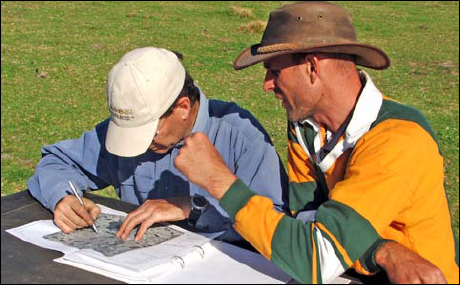 The program measured soil organic carbon at more than 1000 sites within the Western Australian agricultural region, covering a range of agricultural practices, land use history and soil types (figures 1 & 2). The sampling sites were dominated by deep sands (50 % of all sites) or shallow duplex soils (21 % of all sites). These soil types have low surface clay content making it difficult to store water and physically protect organic matter from microbial breakdown. As a consequence soil organic carbon stocks were low. 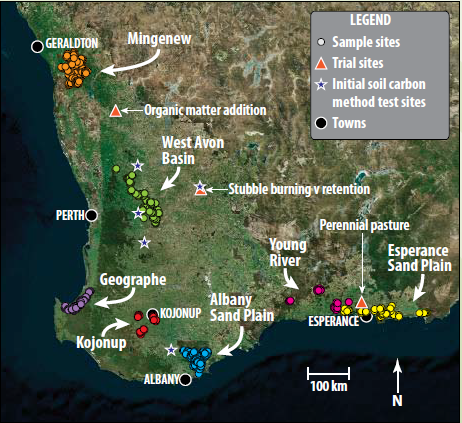 The 0–10 cm soil layer contained more than 50% of the measured organic carbon within the top 30 cm of the soil (table 2). Modelling suggests the 0–10 cm layer is largely saturated (full) in terms of organic carbon storage. There was greater capacity for these soils to store more soil organic carbon below 10 cm; findings suggested these layers are currently at less than half their storage capacity. Strategies that input organic matter to depth are required to realise this additional capacity.

Based on paddock history and measured data, annual rates of change in soil organic carbon were:

Modelling suggested annual increases in the range 0–0.7 t/C ha were possible over the next 50 years in the higher rainfall areas. 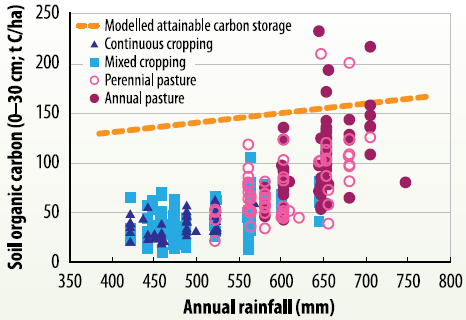 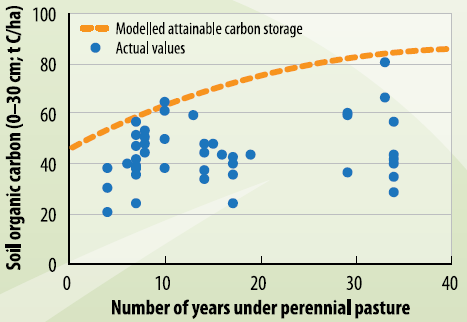 This project was supported by funding from the Australian Government Department of Agriculture, Fisheries and Forestry under its Climate Change Research Program and the Grains Research and Development Corporation (GRDC).