The seven-year experiment was conducted on a deep sand near Wongan Hills in Western Australia under a lupin/wheat rotation. The experiment compared the effect of three tillage types on total organic carbon, soil microorganisms and crop yields:

Total organic carbon is a measure of the carbon contained within soil organic matter. Low levels can indicate that there might be problems with unstable soil structure, low cation exchange capacity and nutrient turnover (see Total Organic Carbon fact sheet).

After seven years, total organic carbon had increased by 4.4 t/ha under no-tillage and by 2.6 t/ha under conservation tillage (figure 1), but had decreased by 0.5 t/ha under rotary tillage. 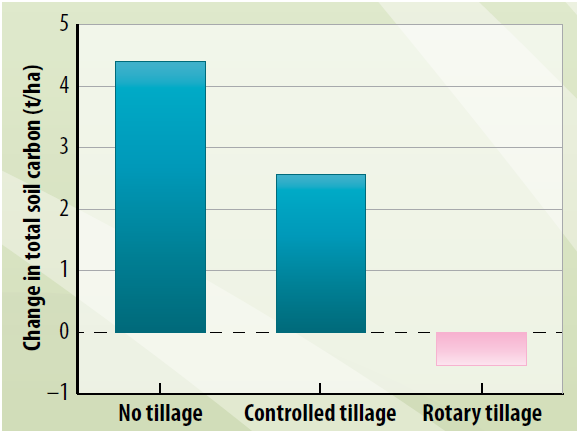 By the end of the experiment, light fraction organic carbon in the top 10 cm was 0.83 t/ha under no-tillage, 0.73 t/ha under conservation tillage and 0.46 t/ha under rotary tillage.

This may indicate that less intensively tilled soils are more biologically active, have higher potential for nutrient turnover and that total organic carbon will increase further in the future. 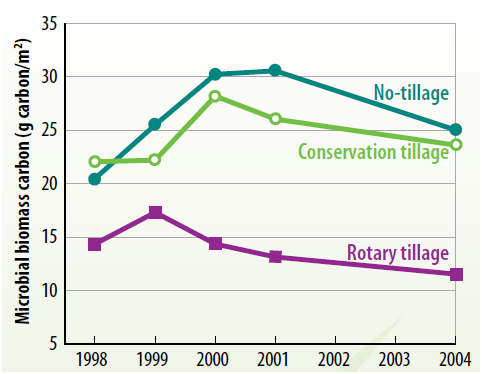 Tillage also decreased microbial activity in soil. The activity of the microbial enzyme cellulase in 0–5 cm soil was higher under no-tillage and conservation tillage than rotary tillage (figure 3). 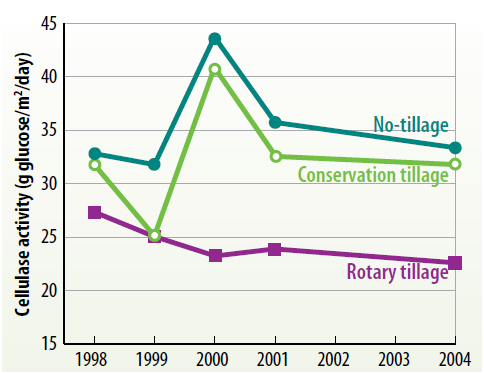 Figure 3: Activity of the microbial enzyme cellulase in 0–5 cm of cropped soil under three tillage regimes.

Tillage practice did not affect crop yields except in a single year of the trial. In 2003, lupin grain yields were higher under no-tillage (2 t/ha) and conservation tillage (1.9 t/ha) than under rotary tillage (1.6 t/ha). 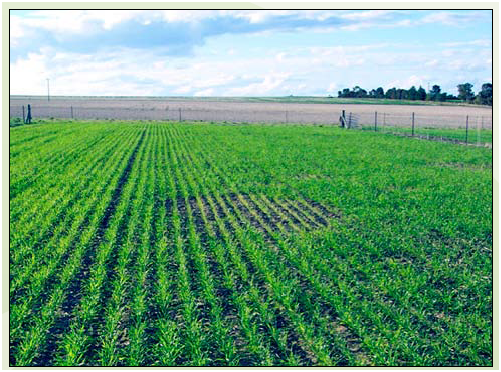