Potassium (K) is one of the essential nutrients in plants and in recent years is one of three (including nitrogen and phosphorus) that are commonly in sufficiently short supply in the soil to limit crop yields on many soil types in Western Australia. Potassium is commonly found in plants at levels above all other macro nutrients except carbon, oxygen, hydrogen and occasionally nitrogen. Potassium has many functions including the regulation of the opening and closing of stomata which are the breathing holes found on plant leaves and therefore regulate moisture loss from the plant. For this reason potassium is known as poor-mans irrigation because it helps crops finish better.

Until the early 1990’s duplex soils rarely showed responses to potassium, however responses to the application of potassium on these soils are now well documented in the central and southern wheat-belt of Western Australia (Edwards 1997). Potassium deficiency has also been identified on York Gum red loam soil surrounding Moora (Erin Cahill ‘CSBP’).

Soil and plant tissue analysis give insight into the availability of potassium in the soil. Recent trial work shows responses to potassium are still likely at levels of 50 ppm especially where high yield potentials are expected. Table 1 shows general thresholds for potassium deficiency. Growers should not rely on soil testing alone as results are subject to many potential sources of error.


The availability of potassium may be affected by the supply characteristics of the soil and the ability of the plant to acquire sub-soil potassium (Edwards, 1993). Differences in species efficiencies in using potassium are often a reflection of rooting depth rather than contained potassium uptake efficiencies. This is especially the case for pasture species.

Soil test results can vary markedly between rows and within rows even when no potassium has been applied, and is due to leaching of potassium from stubble into the furrow. This can have serious implications on soil test results as the sampling for these tests is predominantly taken out of the inter-row in an effort to reduce the risk of fertiliser granules being present in the sample.

Practices such as swathing of canola and concentrating and burning of windrows can have significant effects on the spatial distribution of potassium across the paddock (figure 1). For these reasons growers should use soil test results in conjunction with plant tissue testing and visual symptoms to determine application rates for paddocks. 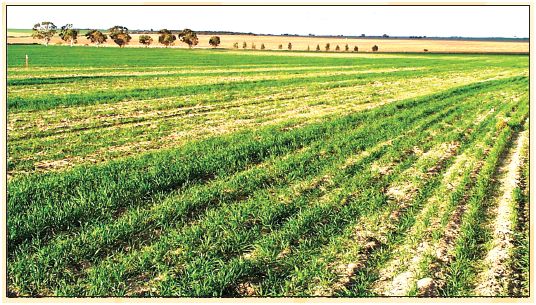 Figure 1: Potassium deficiency can appear as stripes in the crop due to uneven distribution of potassium. (Photo S Loss, CSBP)

Analysis of whole tops will determine whether a deficiency exists but doesn’t define a potassium requirement. Tissue testing is useful for identifying potassium issues for the coming seasons, but is generally too late to be useful in the current season.

Potassium lost through product removal should be replaced once paddocks reach a responsive situation. Requirements for each crop differ, and this must be accounted for when budgeting potassium requirements for the coming season (table 2).

Potassium is highly mobile in the phloem and can be moved to newer leaves if the nutrient is in short supply, with deficiency symptoms appearing first on older leaves. General symptoms initially include a light green to yellow colour of the older leaves. Marginal scorch of the edges and tips of these leaves follows, often resulting in senescence. As the severity increases, this condition progresses towards the top of the plant. These characteristic symptoms of potassium deficiency can often be mistaken for leaf diseases such as yellow spot and Septoria nodorum blotch in wheat or brown leaf spot in lupins. Other symptoms include slow plant growth, weak stems and lodging, high screenings levels in the harvested grain and reduced disease resistance.

Banded potassium has been shown to be twice as accessible to the crop as top-dressed potassium. This is thought to be related to improved availability for the emerging crop, and decreased availability for weeds. Growers should not band high rates (i.e. >15 kg/ha) particularly with sensitive crops (e.g. lupins, canola) and should try to place potassium fertilisers away from the seed. Furthermore, growers should be aware that nutrient auditing requires fertiliser applications to cover potassium export during harvest, and are encouraged to account for variations in yield where possible.

If a paddock is severely deficient then potassium needs to be applied early in the season to maximise response to the application. At seeding or up to 4 weeks after will optimise the benefits of potassium application.

Muriate of potash (MOP-KCl; 49.5 % K) is the cheapest form of potassium and is applied by top dressing either before seeding or up 5 weeks after seeding. Sowing MOP directly with the seed can significantly reduce crop germination and establishment, with rates of MOP higher than 30 kg/ha (22 cm row spacing) affecting germination significantly.

The development of sulphate of potash (SOP) is a less damaging form of potassium and can be drilled with seed. This product is significantly more expensive than MOP per unit of potassium.

There are various potassium recommendation models on the market. More sophisticated models such as Nu-Logic (CSBP) and KASM (DAFWA) generally relate soil test values and other soil characteristics to yield potential to give recommended application rates. The Department of Agriculture and Food, W.A. also provide simplified potassium tables for use.

Edwards N.K. (1993) Distribution of Potassium in the soil profile of a sandplain soil under pasture species. In “Plant Nutrition