Root lesion nematodes emerged as potential problems in cereals (and other crops) after management strategies were implemented to control cereal cyst nematode and take-all. Yield losses in the southern region are variable and currently under investigation, but present estimates for intolerant varieties indicate a 1 % yield loss per 2 nematodes per gram soil. Pratylenchus thornei occurs throughout the root zone and is often more damaging than P. Neglectus, which tends to be concentrated in the top 15 cm of the soil.

Root lesion nematodes survive summer as dormant individuals in dry soil and roots, and become active after rain. They can survive several wetting/drying cycles. About three generations of the nematodes are produced each season, with the highest multiplication in spring.

Crop symptoms of RLN are not distinctive and can be easily overlooked. The typical symptom in the southern region is large areas of poor crop vigor (figure 1) due to poor root growth. In cereals, affected roots may be discoloured and have reduced lateral branches (figure 2). 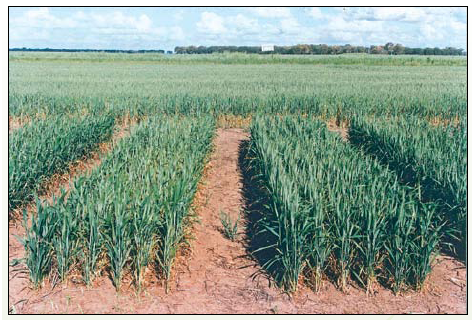 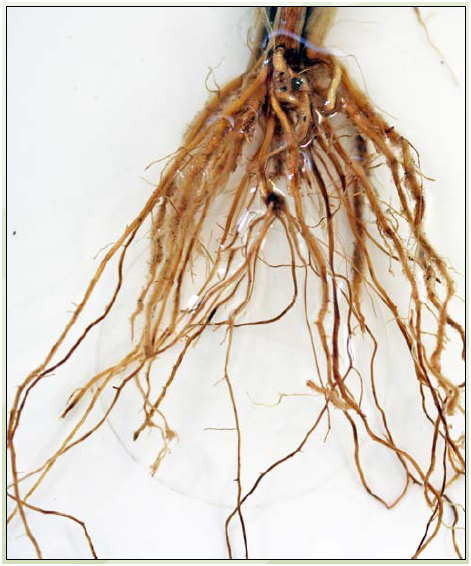 
In chickpeas, roots show brown lesions where nematodes enter the roots (figure 3). When infected roots are stained and examined under the microscope, nematodes can be seen inside the roots (figure 4). For accurate diagnosis, the plant root systems should be examined by a plant pathologist. 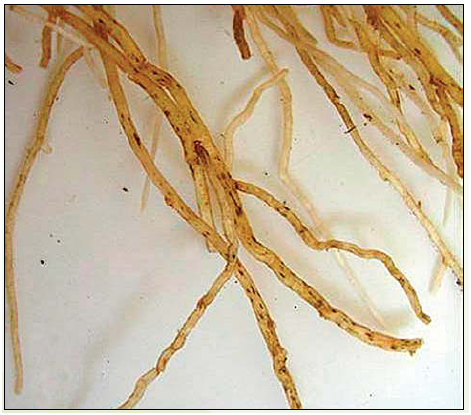 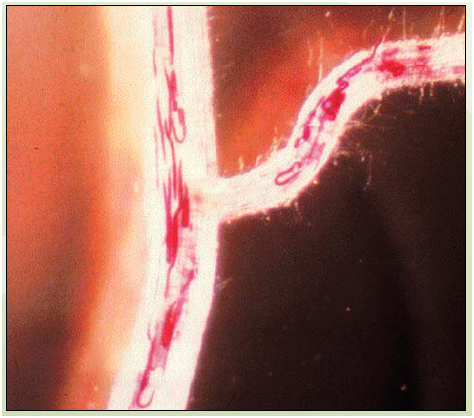 Root lesion nematodes are not necessarily controlled by traditional ‘break’ crops; research is progressing to check for cultivar variation. Crops that can control both P. Thornei and P. Neglectus, include narrow leaf lupin, triticale and some pea cultivars (table 1).


The PreDicta B soil test done prior to sowing can quantify both nematodes. This information is useful to help plan a cropping program to manage RLN. Check current Cereal Disease Variety Guides to identify which varieties have useful resistance and tolerance. Minimise the use of susceptible crops or varieties. More than one break crop is often needed to reduce high numbers.

Controlling any ‘green bridge’ between crops helps prevent early multiplication of the nematodes. If you are growing intolerant crops or varieties, sow at the optimum time and provide adequate nutrition to reduce yield losses.