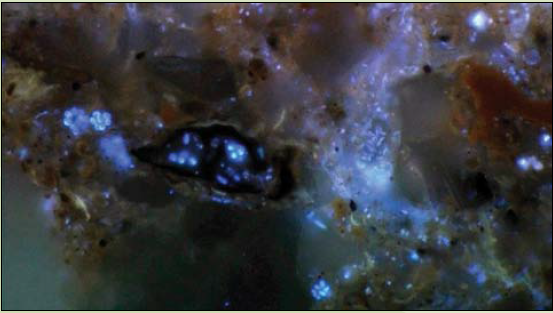 Symbiotic nitrogen fixation is a significant source of nitrogen for Australian agriculture and may account for up to 80% of total nitrogen inputs (Unkovich 2003). In the symbiosis, rhizobia or bradyrhizobia fix nitrogen gas from the atmosphere and make it available to the legume. In exchange, they receive carbon from the legume. The symbiosis is highly specific and particular species of rhizobia and bradyrhizobia are required for each legume. For more information see fact sheet “Legumes and Nitrogen Fixation”.

Most agricultural plants (except lupins and canola) form a symbiosis with arbuscular mycorrhizal (AM) fungi (figure 2) that can increase phosphorus uptake by the plant. The hyphal strands of AM fungi extend from plant roots into soil and have access to phosphorus that plant roots cannot reach. The AM fungi can provide phosphorus to plants and in return they receive the carbon they need to grow.

Importantly, this symbiosis is only beneficial for plants when available phosphorus in soil is insufficient for the plant’s requirements. Increasing phosphorus availability may be especially beneficial on phosphorus fixing soils in Australia, which are widespread and can store 100 kilograms of phosphorus per hectare (Cornish 2009). 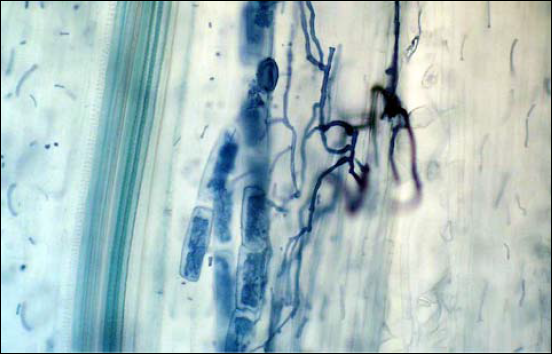 Figure 2: A mycorrhizal fungi growing into plant cells where it has formed tree-like structures (arbuscules) that allow phosphorus to be transferred from the fungi to the plant. (image: Lynette Abbott).

Some microorganisms and soil animals infect plants and decrease plant yield. However many organisms in the soil control the spread of pathogens. For example, the occurrence of some pathogenic fungi in soil is decreased by certain protozoa that consume the pathogenic fungi. The soil food web contains many relationships like this that decrease the abundance of plant pathogens.

Biological processes in soil can improve soil structure. Some bacteria and fungi produce substances during organic matter decomposition that chemically and physically bind soil particles into micro-aggregates. The hyphal strands of fungi can cross-link soil particles helping to form and maintain aggregates (figure 3). A single gram of soil can contain several kilometres of fungal hyphae (Young and Crawford 2007). In addition, soil animals increase pores by tunnelling through soil and increase aggregation by ingesting soil. 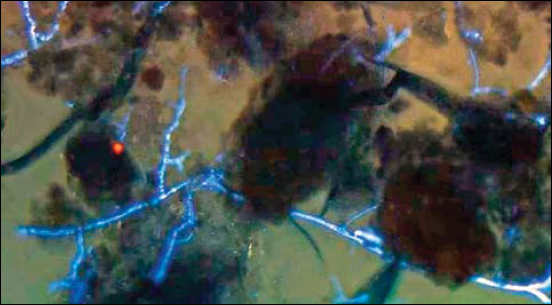 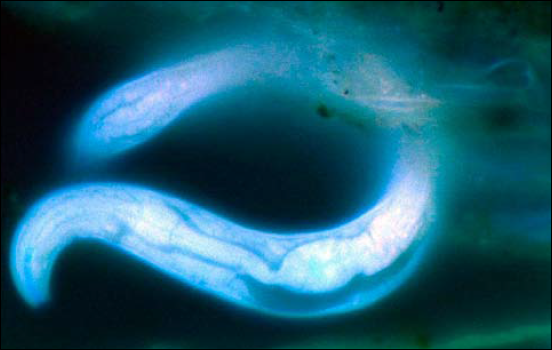